I am applying for the character kill of John Edwards and Jack Betterson.

Reason: Died in a police car chase situation. They evaded the police and got into a chase. Then they had a small crash with me that caused them to stop their evasion. Officers were pointing guns at him, but they still decided to try to run away again so the police opened fire. As their car was already in a pretty bad condition, it caused a fire and led to an explosion. The explosion killed them both.

I hope you review this carefully and make the right decision.

Do you have screenshots? was the small fire, broken down car rp-ed? 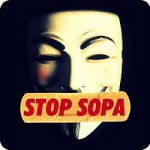 I do not have screenshots. All the shooting etc. was roleplayed.

if your going for a CK ALWAYS take screenshots

Alright, I will remember that in the future.