Information-
Your In-Game Account Name (Previous/Current]: Froosty2
Your real-life Age: 12
Country of Residence: Canada
Timezone: Mountain
How long have you been on Grimz?: 4-6 months

... been warned or banned on the Grimz Roleplay Server? If so, why?: nope

... hacked on another server? If so, do you still use hacks or any mods?: nope. Hacking Takes away from the game.

... been an admin on any other server?: no But i do know the commands from robert

... are you currently an Administrator on another server?: no

... played on any other roleplay servers? If yes, which?: No

Why do you want to become an Administrator?: Because i want to help people and to make justice and Fairness. Also to prove to Jason i aint Some 12 year old With a high pitched voice who is annoying. Plus I hate waiting for tp's also mainly when no one is around.

What do you think an administrator does here?: Admins Help people answer reports tp helps new Comers to the server learn to roleplay better and make the server better and a healthier Environment

What would you bring to the Grimz Administration team as in skills and ect?: I would be a admin that answers Reports fast but good and i would look at both sides of the story.

How would you correct the problems in our server (if any) if made administrator?: If someone is bugged then i would tp them and if they had a car i would tp that too. If i could fix a problem in the Server it would be the Bugs. Other then that its great.

What are your goals as a Member and if made a Grimz Administrator?: To Bring Fairness and to be helpful

Rephrase four ingame rules in your own words, and provide examples. Also, tell what admin action are you going to take against them (Pick them yourself): Deathmatching: Killing someone without a Good Roleplay reason like I killed tim because i felt like it. Mixing: When you use out of character for in character. Megagaming: When you use OOC info for ic. Like The health bar to get someones name. OOC Insults: When You insult someone For example if Jayden Said "Your A Terrible Admin".

Do you understand, providing false information may lead to a ban?: Yep.

If accepted, do you promise to be active and accept that if your not active that you may not ever get admin again?: Yea.

Will you listen to the higher ups and always do your admin work, fairly and accurately according to the rules of Grimz?: Yea

Also one thing if you abuse once your done being admin spawning weapons money and ect so by this do you agree to never spawn money, weapons , cars and items?!?: Yes.

Do not be mean to players try your best to get along with them and help them when it is needed even if they are being mean just accept some people are like that and its a way of life at times so try to be nice even to the ones that are mean to us if they break the rules jail them if they are new help them because being a admin is not just about having powers it is about helping others the best you and we can thats the Rule 1 of our Admin Team do you agree ?: Yea
-Any Players Who Avertize Do Not Warn Them Because Advertising Other Servers Lead Into A Permanent Ban And A Range Ban Meaning They Are Never Welcome Back.. So Understand If You Let Them Stay With A Warning Your Admin Will Be Took !!!!

pickens wrote:Seems like a good app the only thing is the age really

Dude you have 13 and you saying hes age is problem lmao.

He means the App is good But the only thing that will hold it back is the age.

Jim Pickens wrote:He means the App is good But the only thing that will hold it back is the age.

Dude you are one year yonger than him....
I think that's not problem in server atm. 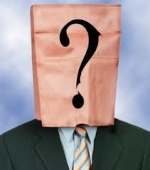 Maybe one day we will come back to Grimz, but i dont think so. And still 1 time in week i go in Grimz for few min's. 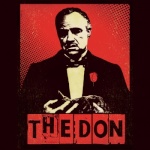 I lied i have been a admin . Minecraft ;p

Jim Pickens wrote:I lied i have been a admin . Minecraft ;p

That was about mta... not another game.